A Regular Dude (Review: Vengeance Is Mine)

There have been eleven movies made with the title Vengeance is Mine. The first of those films was made way back in 1912, proving that even in those sepia-hued days of the Titanic, massive dinner parties, and the birth of the Oreo, people also wanted to see movies where somebody who’s gotten screwed over achieves satisfaction.

I’m perfectly fine with revenge movies. One of the greatest ever made is John Wick, where a thoughtless act of cruelty unleashes a storm of violence on a truly Biblical scale. For a revenge movie to work, three elements need to be firmly in place. They are:

If you have all of those elements, then you’ve got something special. Hell, if you even just have two of them, you might be okay. But when you only have one element…you got problems. Vengeance is Mine, now the twelfth film to bear that title has one of those elements, and that’s only the least of its problems.

We’re introduced to a group of English criminals doing crime. We know it’s crime because a

previous group of criminals is in the midst of what looks like a drug deal, and our antagonists arrive, open fire, and steal the drugs. Are they a group of renegades who specialize in robbing organizations? Is this due to an inter-gang beef? We’re never told, and the film doesn’t seem to know.

As our ne’er-do-wells are hauling ass out of there, they hit the wife and child of Harry (Con O’Neil), killing them instantly. Conveniently for Harry, the getaway car comes to a screeching halt and two of them physically get out of the car, allowing Harry to get a good look at their ugly mugs. In terms of professionalism or even basic competence, these crooks wouldn’t get a second interview for De Niro’s crew in Heat.

Anyway, five years passes, and Harry has become a grief-stricken husk. He lives in a small room in a church, doing odd jobs and sending money to Henderson, a private detective. For years, Henderson has had nothing to report. Now he does. He has a lead on the identities of the men who killed Harry’s beloved wife and daughter, and now Harry has a chance to make the bastards pay.

Only the “making the bastards pay” thing doesn’t exactly go smoothly. You see, Harry has a particular set of skills in that he’s a pudgy middle-aged guy who’s been sitting around depressed for a very long time. He manages to get his mitts on a gun. He thinks he’s ready to achieve bloody satisfaction, but he’s several miles away from being ready.

After re-watching Joker not long ago, I remember telling my wife that it’s a fairly decent movie with an incredible lead performance. Vengeance is Mine is similar in that it’s a bad movie that features an excellent leading performance from Con O’Neil. Director Hadi Hajaig can’t be faulted for his ambition. He’s attempting to make a revenge film with minimal dialogue, in which the story, characterization, and emotion are all carried by imagery. Since that’s what he’s after, the tone becomes even more critically important than it would be if he could lean on dialogue. For example, numerous scenes in the film follow Harry. We see him obtaining a gun, clumsily following members of the gang, and attempting to carry out his revenge. Hajaig shoots most of this in a down-to-Earth, naturalistic style. However, when he’s shooting scenes with the gang or action scenes, everything devolves into a near-parody of 1980s action movies. Characters literally fly through the air after being shot. The gang growls menacingly at each other. The conflicting tones of cheesy action and psychological realism come together as well as peanut butter and chicken enchiladas.

The other serious problem is characterization in Hajaig’s screenplay. He does good work writing Harry, and while we never get a sense of Harry’s past before the killings, we at least have a solid idea of who he is. Hajaig never tells us anything about Harry’s wife and daughter.

There’s no dialogue with them, nothing to indicate who they are as people. The only thing we know is that a) they’re dead and b) Harry isn’t too thrilled about it. The same problem occurs with the gang. Literally the only things we know about them is that one guy is a mad dog killer, one guy feels like he’s in over his head, and one guy is kind of in charge. How do they feel about a schlub like Harry coming after them? How do they feel about accidentally killing a woman and child? What do they want beyond doing crime? A basic rule of screenwriting is that viewers should always know what the characters want and what’s standing in their way. Hajaig only applied that rule to the character of Harry and ignored it with everyone else.

This is ordinarily the part of the review where I’d talk a bit about the acting. That’s nearly impossible to do as only one member of the cast actually has a character to play. Having said that, a gutsy decision was made to make an action movie in which the hero is in worse shape than I am.* As Harry, Con O’Neil isn’t your typical spec-ops badass. He’s a regular dude who is bad at running, not great at shooting, and fairly awful at punching people. O’Neil leans into all of that hard. Harry has absolutely no business doing any of what he’s doing, and he seems to survive each encounter through divine intervention instead of skill. Harry is just a guy powered by rage, and there’s very little else inside him. I liked that concept and appreciated O’Neil showing Harry’s extreme vulnerability.

Revenge movies are designed to tickle our lizard brains. In an enlightened society, we should all admit that some principles should rise above base satisfaction. Yet we’re living in something that’s not even close to an enlightened society, and we get a kick out of the vile being struck down through righteous vengeance. A good revenge movie could exist where the hero is fighting back against a bunch of professional criminals. A great revenge movie could star Con O’Neil in the lead. Unfortunately, Vengeance is Mine isn’t that movie.

*While I’m in fairly good condition, I’m also a guy who makes a living typing a lot. If you put me in an action flick, the audience would think, “Oh boy, there goes Tim, and look at that, he’s dead.”

Tim Brennan
Tim has been alarmingly enthusiastic about movies ever since childhood. He grew up in Boulder and, foolishly, left Colorado to study Communications in Washington State. Making matters worse, he moved to Connecticut after meeting his too-good-for-him wife. Drawn by the Rockies and a mild climate, he triumphantly returned and settled down back in Boulder County. He's written numerous screenplays, loves hiking, and embarrassed himself in front of Samuel L. Jackson. True story.
Tagged: Movie Reviews 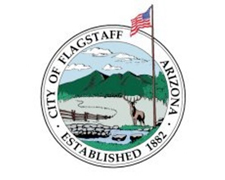 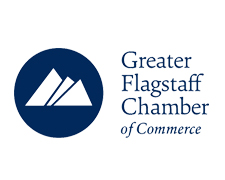 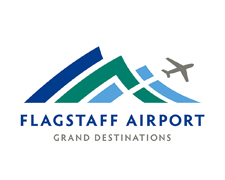